In Africa, a solution for regenerating solar panel batteries

In Africa, a solution for regenerating solar panel batteries 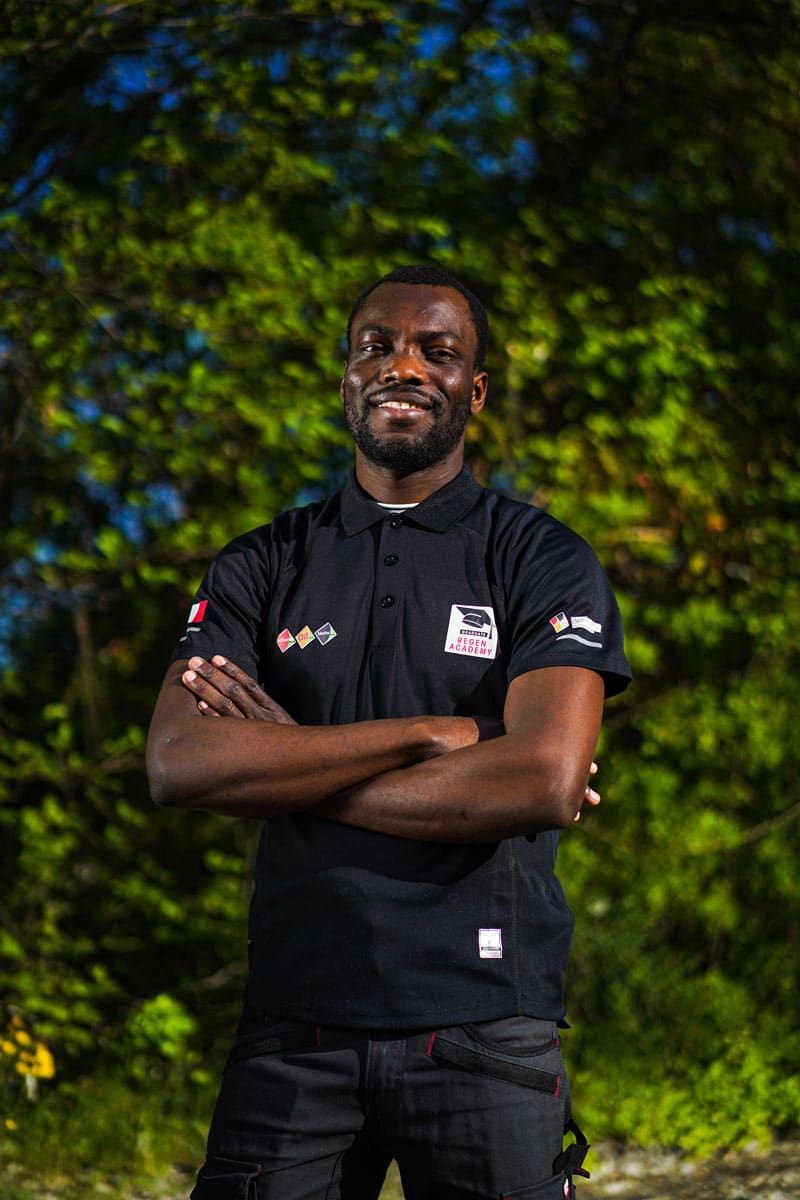 When he completed his professional degree in mechanical and energy engineering at the Lokossa University in Benin in 2012, Habib Lodonou never imagined the extent to which his ideas and courage would grow. Today, Benin awaits his solar panel battery regeneration project with great anticipation.

"In Benin, there were power cuts at all hours of the day and night...

In 2012, when he was working on his dissertation as part of his course at the IUT in Lokossa, a town in south-west Benin, the topic he was interested in was the replacement of the conventional system by solar panels in households in Cotonou. There were permanent power cuts," says Habib, "and I wondered what solution I could provide ".
When he left university, with his degree in hand, Habib was soon called upon to set up a back-up system, responding precisely to the needs of the people to avoid power cuts. "That's how it started - by word of mouth," he says today.

"Solar panel batteries are reaching the end of their life : there must be a solution! "

In 2015, Habib Lodonou created his company and hired staff. Five years later, he came to the conclusion that solar panel batteries were reaching the end of their life. This conclusion was accompanied by the observation of what happens to the used batteries: passed on to scrap dealers or left to rot at the back of houses and on the streets, they are piled up en masse... "There must be a solution" thought Habib!
Armed with patience, courage and determination, Habib set out to dismantle a battery to study it, and above all, to find the solution to the problem of the end of life of solar panel batteries. His research led him to the University of Clermont-Ferrand (France), which offered him a four-year Master 2 degree. Back at university, Habib started looking for French companies as part of his studies and met Be Energy.

The meeting with Be Energy: sharing essential values

Supported and accompanied by a professor specialising in energy storage, Habib went to Avignon to meet Bertrand Coste and his team in March 2021. The sharing of values and the desire to develop ecological and economical solutions for battery regeneration facilitated the first meeting and it was then that our young entrepreneur joined the team.
In 2023, Habib will have completed his Master 2 and plans to tackle, once back in Benin, "the weakest link of solar energy in hot countries". Since 2013, he has been involved in the project to install 650 solar street lights out of some 30,000 installed units and mini solar power plants (PRODERE) in West Africa. Today, with his proven technology allowing him to envisage viable solutions for regenerating solar panel batteries, he plans to create his company in Cotonou and then develop his business in partnership with Be Energy in Benin, Togo, Burkina Faso and Niger.

Be Energy is proud to support Habib's talent, courage and determination, convinced that a great story has just begun...