Regenerating twice is possible!
As illustrated many times in our news regenerate twice the batteries brings very good results.
It is the airport of Hyères in the Var, managed by VINCI Airport, which entrusts us the regeneration of the totality of its park for the second time!
Indeed the first regeneration session took place in 2011, and it is therefore 6 years after we return to the site set up a mobile regeneration workshop.
A BRT Maxi Gold regenerator and a dump bench were installed for 4 weeks at the airport site.
The park is composed of twenty vehicles equipped with 80v batteries, with a capacity ranging from 500 to 650Ah, distributed on 2 to 3 chests per machine.
Particular attention was given to the constraints of local operations to mobilize a minimum of gear during battery processing.
Bunkers, nacelles, gangways and other aircraft tractors all passed the qualifying tests after their second regeneration.
The average age of the pack is 2002 is 15-years batteries in great shape thanks to regeneration!
On this site alone, more than 25 tons of battery waste have been avoided.
With BRT regenerators batteries bury gear!
No more aftermarket batteries! 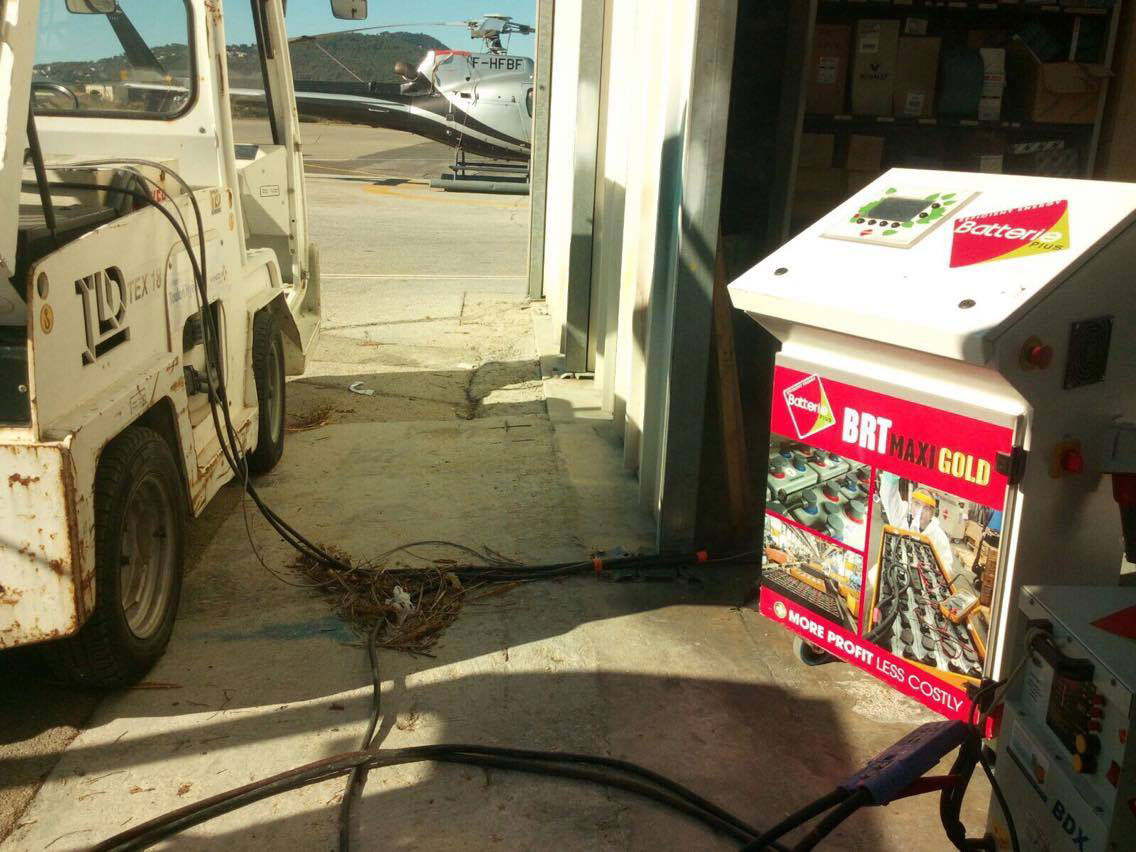 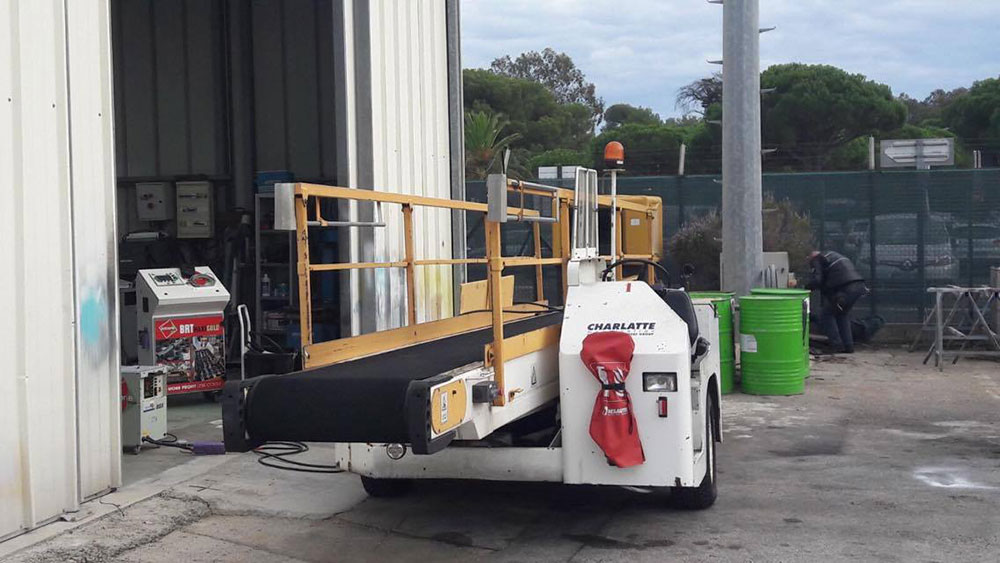 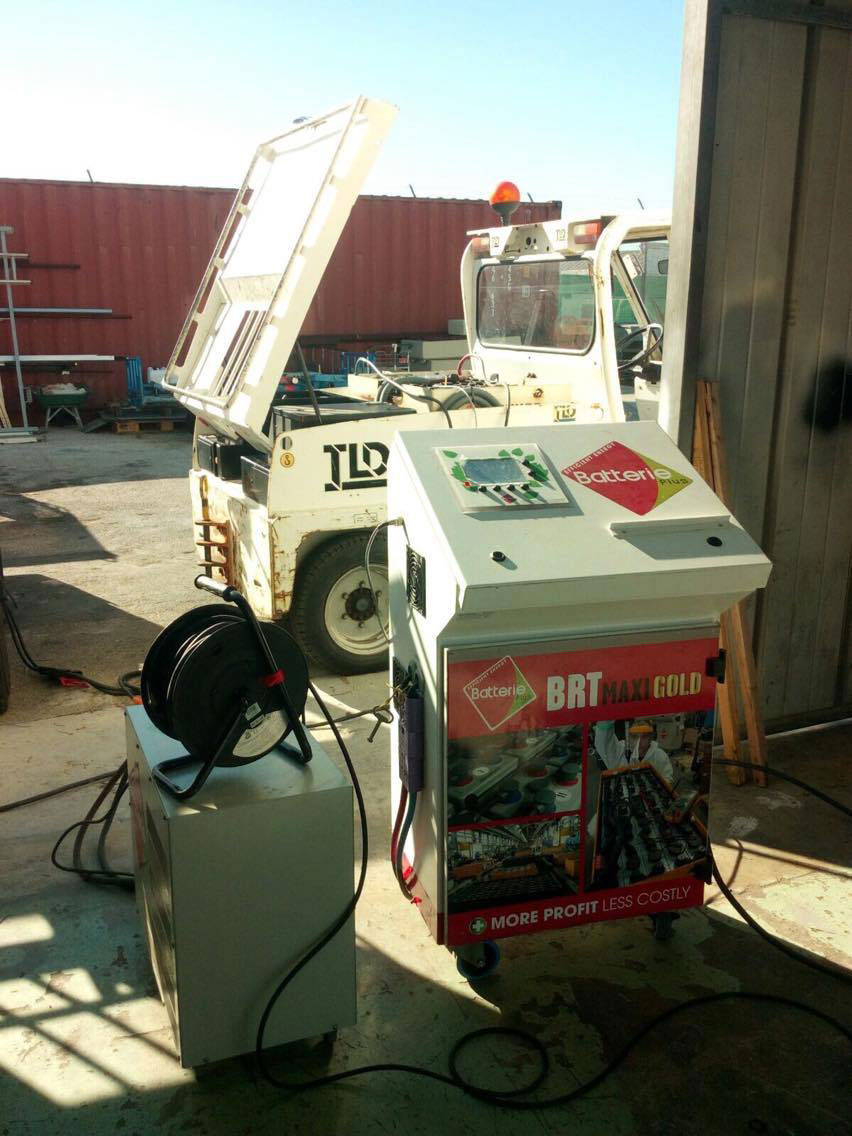